A special thanks goes to Thomas Dagostino and Renee Halsey for giving us this opportunity! Thanks also goes to Elizabeth Koskie and Maurice Hillman for developing an effective bassline from the original Bridal Chorus for the event! Thanks also goes to Bobby McClellan for providing the brass band hats and Becky McClellan for photographing the event. 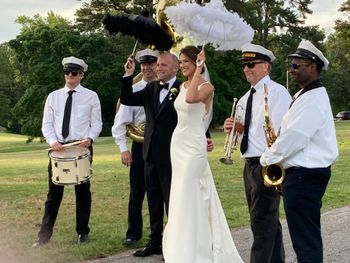 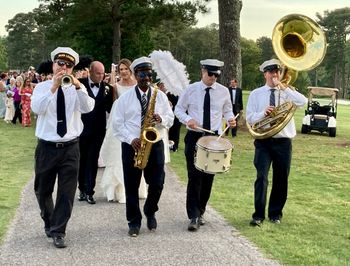 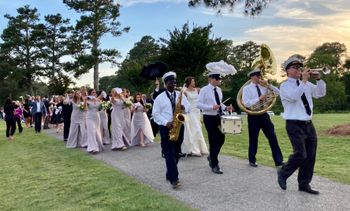 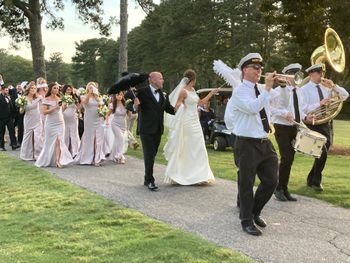 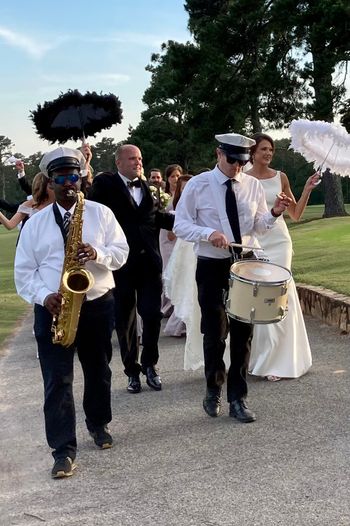 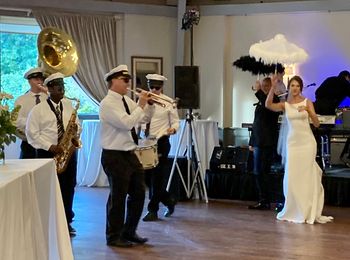 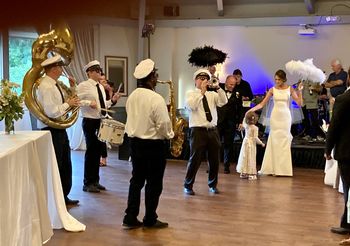 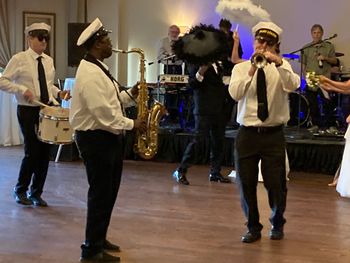 The Jackson All-Stars is back in business! The pandemic lockdown put a huge dent in our business but we're back! On March 8, 2021 the Jackson All-Stars Brass Band performed for the Hinds Behavioral Health Services 50th Anniversary Party! This was followed by three more performances in May - Opening Night at Trustmark Park, a wedding reception at The Cedars, in Jackson, and a wedding reception at Northwood Country Club, in Meridian! We appreciate the opportunity to perform! My volunteer big band Mississippi Swing!, along with the MCSB Community Outreach Band,  performed June 5th at the Renaissance at Colony Park! DJ Dave of the Jackson All-Stars performed at this year's Watermelon Classic on July 3rd! 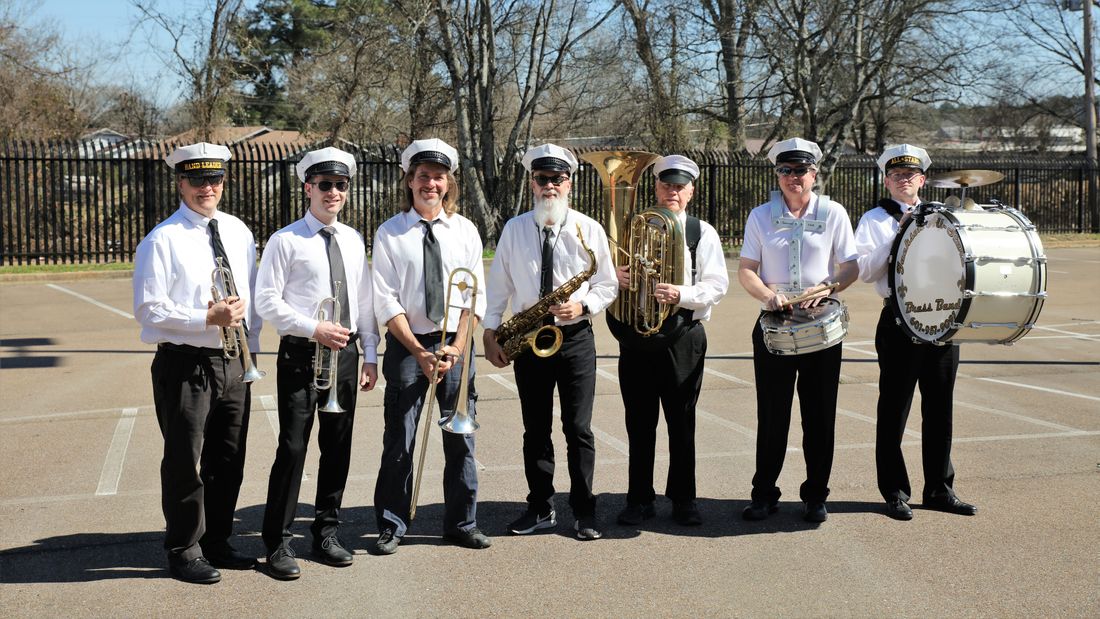